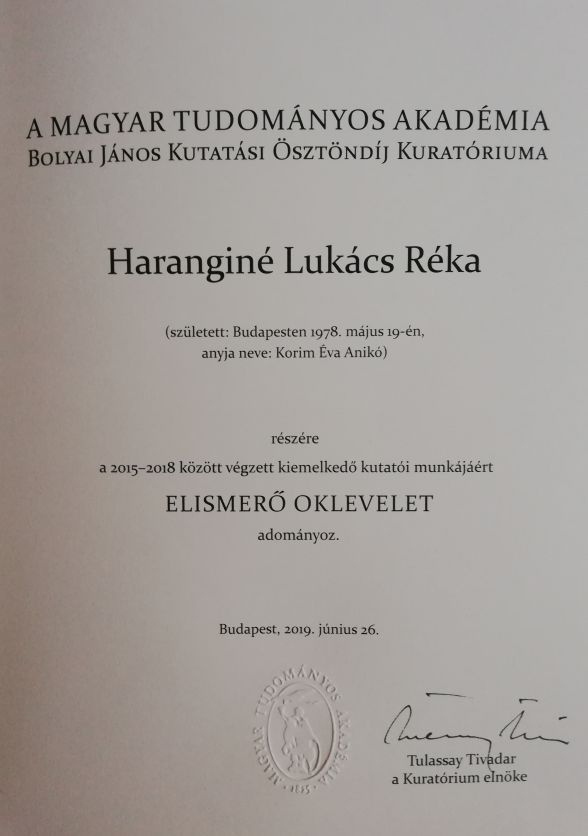 I am happy to share another appreciation. Mrs. Réka Harangi Lukács received a Bolyai diploma for her Bolyai scholarship and received it at the Academy!

The most prestigious scholarship for young researchers, which helps the best to start their careers and eventually compete in international competitions - this is what the János Bolyai Research Scholarship, which was initiated by the Hungarian Academy of Sciences in 1996.

On the Bolyai Day held in the Ceremonial Hall of the Headquarters of the Hungarian Academy of Sciences, the former scholarship fellows who did the most productive work during the grant period were also recognized.
This year was the nineteenth time when plaques and commemorative plaques were given. The Board of Trustees evaluated the final research reports of 172 individuals. He also donated commemorative cards to 80 of them and plaques to 14 of them.